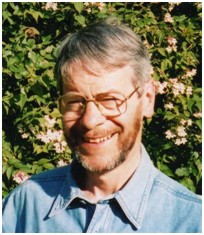 I am a British author, born in 1950 (more specifically, I am half Irish, half English). I have composed fourteen books ranging from Psychology in Science (1983) and Meaning in Anthropos (1991) to Pointed Observations (2005). This is my second website, commenced in 2008. My first site Citizen Initiative appeared in 2007, and produced shocks in some directions. That site has become noted for seven letters of mine which complain about commercial mysticism and forms of alternative therapy, including LSD therapy (currently illegal). Those letters were written to official sectors and also to certain organisations. My basic commitment is to a philosophy and science of culture, which I call anthropography. I also regard history and biography as a priority. See further my profile and bibliography. I maintain seven other websites:

Analysis of a Cultist Defamation

The present website (commenced in 2008) is arranged in a FAQ format, comprising 25 entries.

None of the written materials on this website may be copied for public use or posting without written permission.

The photograph of Kevin R. D. Shepherd is copyrighted and requires due permission for public use or posting.